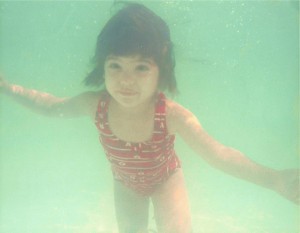 Darwin would argue that fear is a necessary emotion. In context, he’d be right in terms of The Origin of the Species, survival of the fittest, flight-or-fight. But most of our day-to-day isn’t like The Hunger Games, even though stakes can feel comparable. Though fear can be a motivating factor, it’s not always a helpful feeling to have say … in an audition. So, what to do? How to get rid of it? Did you know that fear is actually more of an acronym than a word? It’s true … F.E.A.R. (in case you didn’t already know) stands for: False evidence appearing real. Think about it? How rational are our fear-based thoughts in the audition room? (rhetorical question). Here is a snapshot of my brain at an audition last week. During the course of about 6 minutes: number of times I thought what I was doing was complete sh_t – 1,789; number of times I thought I wasn’t right for the part – 1,243; number of times I thought the casting director doesn’t like me – 1,006…you get my point. Then I got a callback which reminded me yet again that I have no business judging my own work. But what about the fear that precipitated those judgments? Where does that come from? As it turns out … NOWHERE, or at least nowhere within the realms of reality. So now when fear-based thoughts come up, I ask myself, What evidence do I have that that is true? And trust me; I always come up with the same answer. Next time you feel that natural normal butterfly- sensation in an audition turning in to something much more paralyzing…. Remember: False evidence appearing real, and instead focus on realities like… I showed up on time and prepared. I kept my eyes up and off the page. I made a strong choice and I made the CD laugh.
At my survival job last month I worked The Kids Choice Awards where it was inspiring to watch all these young performers run around the space with no inhibitions. I started thinking about the evolution of our relationship to fear and how the acronym of the word is much more prevalent in our adult lives. Sitting at my desk writing this, I looked up at a picture which has been hanging on my wall for years and I forgot its significance. It was taken the day I “learned” to hold my breath in a swim class. I remember interrogating my teacher about how to hold your breath, because I didn’t believe it was a real thing … that people could actually do it … I was very suspicious and … terrified! What happened next was probably a gross exaggeration in my childhood mind but I remember the teacher shoving me underwater; suddenly with both hands, and with strength of a … uh … a … Water Buffalo (I think they’re strong). This picture was taken at that exact moment. I keep it above my desk to remind me that fear is false evidence appearing real, and it’s pretty awesome how I’ve been proving this to myself for years.