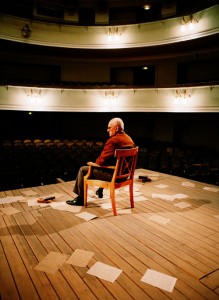 Having been living in England for quite some time now, I feel some strange obligation to spout some historical facts about this fair city I now call home.  Historically, Bristol, England was one of the leading manufacturers of mustard gas during the First World War.  A huge factory was set up in Bristol manufacturing the chemical weapon and as a result parts of Bristol became toxic; terrible smells hung over the neighborhood; locals were banned from picking fruit; and workers of the factory were struck down by a series of horrible afflictions.  Interestingly enough, during the same time, Bristol, England was also one of the leading manufacturers of chocolate. In 1847 at the Fry’s chocolate factory on Union Street in Bristol, the first ever chocolate bar suitable for widespread consumption was molded.  Near the start of World War I, while on one side of the city Bristolians were hard at work manufacturing mustard gas, on the other side, the largest employers in Bristol were making chocolate.  And so it seems, as in the case of Bristol during the First World War, good and bad can simultaneously arise out of any climate and situation.

And now for a gear-switch and an attempt to draw a connection from history to present day, here is what happened to me recently:  While rehearsing in Bristol, I had the pleasure, and I do not say pleasure in a sarcastic or ironic way, of working with a “difficult” director. We all have worked with people with whom we don’t agree.  It’s a normal part of any professional environment (and very common as an actor) to encounter these kinds of . . . (searching for a PC way to put it) . . . professional “challenges.”  But at the end of the day what this “difficult” director taught me was much more than I could’ve imagined.  Even though I considered this particular working environment to be, in some ways, toxic, I still felt joyful to be in a rehearsal and to be acting at all.  At the end of the day what mattered most was that I was where I wanted to be, doing what I wanted to be doing, even if at times it seemed difficult.  When you love what you do you can always hold on to the good in a “bad” situation.

And now for a seemingly relevant anecdote: I heard a story once about someone who worked with the Chicago Bears Football Team. This person decided to go in to the office to work on the weekend. When he got there he saw the owner, George Halas who was in his eighties, sitting in his office. The man asked, “George, what are you doing here working on the weekend?” George merely replied, “It’s only work if there’s someplace else you’d rather be.”