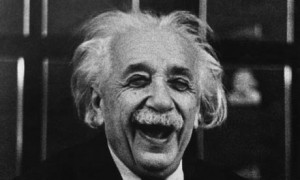 60 days into my acting training in England and I feel a resistance. This is a technical-type of training. An architect has to have spent some time in his life learning basic geometry; and likewise, an actor has to put some time in to learning to pronounce consonants. When you are learning to hit “t” sounds and “p” sounds there is (it seems to me) a right and wrong way to do it. In learning these “basics” everything becomes much more individual, introverted, and about yourself which seems antithetical to what an actor is supposed to ultimately accomplish; a connection to the audience. Thusly, this type of focus on the technical, which requires everyone to gage their own progress individually, has eliminated, at least for the time being, any sense of ensemble and has created a kind of backlash where the line between “good” and “bad” is thick, black, and very clear. What should be a community of actors working together and supporting each other has turned in to an environment of critique and judgment. You can tell someone that they didn’t pronounce the “t – h” sound in the word “thee” and that could be a fact. But when you say that woman’s “Lady Anne” was bad . . . that’s an opinion. Is it this new focus on technicality that has created this environment of right and wrong? Maybe. So in an attempt to rid my fellow actors of judgmental mind, and infuse our creative space with some much needed positivism . . . I contemplate the notion of genius . . .
Criticism, when thought out and articulated in a constructive way, is wonderful. Sometimes I feel as though people have opinions or aversions to someone or something without any thought or reason behind them. I’m thinking of that old adage “opinions are like assholes . . .” I spent an entire dinner conversation with my fellow actors all on the subject of other actors that they thought were “shit.” It wasn’t long in to the dinner conversation that every comment seemed to be a different version of the same thing and were neither constructive nor interesting; “I don’t like her,” “I think she’s awful.” “I really don’t know why she was cast!” “I can’t believe she got an Oscar,” etc. etc. I fell silent during almost the entire dinner and felt thoroughly exhausted after the meal was through.
In the Oxford English dictionary genius described as “exceptional natural ability.” That’s all? That’s what it means to be a genius? I was surprised by this. I thought being a genius was . . . I don’t know . . . a more rare and special thing.
I was on the train back from London where I saw a production of Death and The Maiden with the amazing actor (dare I say genius) Anthony Sher, and it all became clear to me. While my I-pod was on shuffle a section of Wayne Dyer’s Power of Intention came on (right after Puccini and Smashing Pumpkins) and he started talking about “finding genius.” He claims that we are all geniuses in our own right. He talks about his one daughter who is a genius at singing, and then his other daughter, who is also a genius with the way she interacts with horses. Within a few minutes you really start to buy his premise. I began to think about my family; My Dad who is a genius with numbers, and my brother who is a genius with a golf club, and my sister who is a genius with children and my Mom who is a genius at helping others; And what about my aunt who is a genius at buying shoes and my best friend who is a genius at picking the best wine. I started to look at all the other actors I’ve come to know here in England. While some of them are not technically great at pronouncing consonants yet, they all have their moment of genius that is unique to them. Come to think of it . . . everyone I know is a genius in his or her own right and that is precisely the point. WD talks about the reason people get afraid, jealous, depressed, or judgmental is because somewhere along the way they have forgotten their own inherent genius. It is our duty as human beings and especially as actors and artists to look for the genius in others. And the people who seem to have momentarily forgotten, it is our duty, our job, to remind them. When you think about it . . . the amazing people in your life; be it a family member, a teacher, a girlfriend, a director, a mentor, a therapist do exactly that: They help to remind you of your exceptional natural ability. While others might choose to criticize or judge someone’s performance, whether it is an Oscar winning performance or on a stage graced by the students from The Old Vic Theatre School, I will choose to be constructive and ultimately look for the genius in their attempt. If you haven’t today, make sure you look for the genius in someone that means something to you . . . and don’t forget to tell them. We all need a reminder from time to time.

I’m scribbling down words on a sheet of scrap paper I found in the bottom of my purse because in this moment I’m excited by the idea of the internet, a public forum, a blog. And although there is the possibility of finding myself lost in a vast sea of bloggers who waste countless hours sending their thoughts out in to the world of Cyber Space like precious little notes in a bottle, that no one finds/reads (gulp), I decide to continue . . . anyway. Katherine Mansfield said, “Better by far to write twaddle or anything, anything, than nothing at all.” And so in the spirit of twaddle . . . I guess I’m now a blogger. I begin in New York City and will eventually write in and about England where I will be spending the next year of my life following in the footsteps of some Greats; Daniel Day Lewis, Ian McKellan, Olivia Williams, Jeremy Irons to name only a few. To be clear, this blog is about acting. It’s about experiencing a different country and culture and their traditions in training an artist. So here it goes . . .

For now I’m still in NYC and I’ve discovered that I love eating alone. I feel content about exactly where I am with a mouthful of (believe it or not) paté. The man sitting next to me (also alone) is from Mexico City. We both got the salmon for our entrees. He asked me if I live around here and I said, “Yes,” and then he replied, “Well, you must be because this is a neighborhood place, you don’t travel to come here.” I disagreed with him immediately as I kept quiet, smiled and finished chewing the BEST piece of salmon I’ve ever had. I felt a sense of pride and accomplishment, a sense of belonging; I’m in a neighborhood place; a secret spot that only the locals know about. I must belong here . . . ? When he got up and left, I was alone again (almost) along the back wall of the restaurant except for an older woman dressed-to-the-nines in a pink tweed suit and pearls. She was deciding on a glass of wine, reading the menu and talking to herself, which from a close distance looked like arguing. At the table in the corner of the restaurant I can hear a loud conversation that at first I find depressing; two couples; one woman bragging about how she “scoured” the bargain racks of Lord and Taylor only to “finally” find the blouse she was “dying” for, for only $198. Can you imagine? What a steal? (Not sure I’ve mastered The Blog and The Art of Sarcasm just yet). The other woman nodded in a compassionate way that looked like the exchange I saw on TV last night between two 9/11 first-responders in a memorial service for James Zadroga. Later I heard the other woman in a thick Irish accent exclaim how much she hated (no “loathed” was the word she used) John Wayne. Her husband, an American man in his seventies, rolled his eyes at the reality that somewhere along the line he has consented to live his life with a woman whom he has nothing in common with, but loves all the same. At another table one married man accuses his husband of sending “illicit messages” to another man on Facebook (seems silly to berate Weiner when it’s all so very human). The accused defended his innocence and said, “He must not have read my profile because it clearly says Living-with-husband-in-NYC.” The other shook his head and spit back, “If the shoe was on the other foot, you would understand,” as he slammed his wine glass on the table so abruptly that I thought he must have broken the stem. It’s difficult to eavesdrop and extract so much detail without getting caught (or am I being paranoid?). In truth I’m procrastinating listening to these conversations instead of learning sides that I have to prepare tomorrow for a casting director that I really want to meet, but am nervous to. I know I should be looking them over now (and I will) but these people (and I maintain) . . . really are interesting. Plus I figure it’s probably good professional practice, (bull-shit butt-shit bull-shit) because how often do actors get sides’ only hours before their audition? I’ll be fine, I chant to myself with my nose deep in the opening of my wine class. Then I over hear the waitress ask the woman next to me if she wants dessert and she says in quite mousey voice like a librarian in the middle of her work day, “No thank you.” Almost as if she wasn’t allowed. I shrug and signal the waitress to order the dessert special. Loud and proud I demand, “chocolate torte with raspberries,” . . . and, “extra whipped cream,” I added as the waitress was already walking away. Why is it that even in a place you’ve been desperate to leave, just when you’re about to, you’re struck with the overwhelming feeling of how much you’ll actually miss it? How alive it is. How full of inspiration! I like eating alone. As silly as it sounds . . . its empowering, and inspiring. It can put you back in touch with yourself, your senses, your palate, and give way to a kind of Boldness. Try it! As the chocolate melts in my mouth I sigh out my nose and think England here I come!