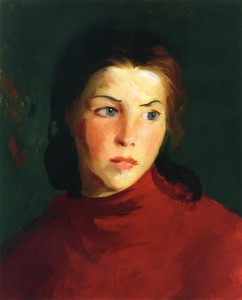 Its a total waste of time worrying about your career … about where you are and where you want to be.  Joel Osteen says, “It takes the same amount of energy to worry as it does to believe.”  Don’t worry about your acting career … redirect your energy back towards the work-of-the-actor.

“The best art the world has ever had is but the impress left by men who have thought less of making great art than of living full and completely with all their faculties in the enjoyment of full play.  FROM THESE THE RESULT IS INEVITABLE.”

“What good does a man’s art do?  There are those in the community who regard the artist as a mere entertainer come with cap and bells to amuse and perform graces before a paying public.  The true artist regards his work as a means of talking with men, of saying his say to himself and others.  It is not a question of pay.  It is not a question of willing acceptance on the part of the public.  If he is welcomed and paid it is very good, but whether or no he must say his say.”

“There are people who grow more beautiful as they grow older.  If age means to them an expansion and development of character this new mental and spiritual state will have its effect on the physical.  A face which in the early days was only pretty or even  dull, will be transformed.  The eyes will attain mysterious depths, there will be a gesture in the whole of greater sensibility and all will appear coordinate.  About the portrait Whistler painted of his mother I have always had a great feeling of beauty.  She is old.  But there is something in her face and gesture that tells of the the integrity of her life.”

-All quotes from The Art Spirit, By Robert Henri