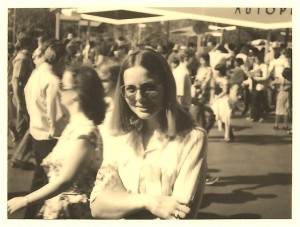 In this business, they say, it’s all about who you know.  This is a fact according to countless industry publications, blogs, books, marketing seminars, agents, casting directors, friends, parents, etc. etc.  As a self-proclaimed/self- inflicted lifelong sufferer of chronic social anxiety, I find this fact to be more than a bit disheartening at times.  I’ve always thought the world was divided into two types of people: those who were shy, and those who weren’t.  From a very young age I felt I fell in to the “shy” category always feeling out of place in a room full of people; first at birthday parties, family reunions, and summer camp as a kid.  Then as I grew older I felt equally anxious at high-school dances, and college parties, and now as an adult, at work parties and networking functions. It has always brought me comfort to read an interview and discover that shyness and social anxiety inflicts some of my favorite actors including fellow alumni Gene Wilder.  I once heard him talk at the 92nd Street Y in New York where he said “In front of a thousand people on-stage, I’m fine, but at a dinner party I want to hide.”  A couple of times a year (I’m embarrassed to admit) I find myself binging at the self-help section of the nearest bookstore  loading up on any and every book written on confidence building.  I remember reading Larry King’s book on the art of the conversation which taught me to always ask questions.  When there is a lull in the conversation, ask a question.   This tactic worked for me for quite some time until eventually conversations progressed and I would find myself on the receiving end of a question and would freeze.  These skills are important for us actors to hone.  We have to be able to show interest towards someone else’s work and be able to talk about our own work in a confident and articulate manner.  These skills are even more vital in today’s industry where the pool of actors is large and always growing.  This is why many career coaches advocate a marketing approach that involves creating a network of fellow artists; actors, writers, directors, filmmakers; people who are making the movies not only sitting behind the casting table.  It is important to go to networking events; films, film festivals, plays, talk-backs, Q & A’s and talk to people; participate in the panel discussions, strike up conversations.  Now I am sure that none of this is news to any of you and you are all probably already actively networking.  I just learned of a trick however that fellow introverts might find helpful at these said industry events.  Get a Wingman.  Sometimes you may lack the courage to approach someone.  Your wingman will give you a shove.  Sometimes your nerves will get the best of you and you suddenly go blank in a conversation.  Your wingman will jump in and try to revive it.  Sometimes you may find yourself in a conversation that isn’t going as planned but you don’t know how to end it.  Your wingman can be there to offer you a graceful way out.  A wingman is someone who supports you, brings out the best in you, makes you feel relaxed, gives you a push when you need it, and saves you when you need saving.

While networking at a film festival recently, my Mother became my wingman.  We had just watched a film that we were both particularly moved by.  When the lights went up and the panel discussion began I immediately came up with a comment/question that I wanted to ask the writer/director.  I sat in my chair silently formulating my question. My heart rate accelerated.  My temperature rose.  That ever-familiar lump in my throat tried to lodge itself in my airway.  I began the oh-so-familiar inner battle that went like this,

“Raise your hand you idiot!”

“If you can’t do this, what makes you think you can be an actor?”

“If the comment was smart, I would raise my hand, but it isn’t,” and on the battle went as the winner emerged from the rubble.  In my silent despair I wondered why I am like this.  Why do I get so nervous and waste so much time? While I was busy arguing with myself, the mediator ended the Q & A and I exited the theatre, head bowed in defeat, wingman in tow.  The intervention began like this,

“Dammit Mom, I had something really interesting to ask.”

“Well why didn’t you ask it then?” I detected a bit of laughter in her voice which I took as a sign of empathy.  I sighed out,

“I don’t know.  I got nervous,” and shrugged.  She smiled coolly and asked what my question was and as I told her, her eyes got wide and she started to nod in agreement.  Not only was it a great question but now I had her wondering as to the answer too.

“Well there’s the filmmaker,” she pointed across the room.   I only managed to shake my head once and barely got out the n-sound in the word no, when she grabbed my hand and practically dragged me over to him, tapped him on the shoulder, and switched places with me shoving me right under the director’s nose as he turned to respond to her tap.  And before I knew it, there I was asking my question as if the whole build up had never even happened.  My Mother acting in the role of my Wingman helped me break the ice (so to speak), and pushed me to do something which at first had terrified me.  This experience taught me that a) I am articulate and interesting, b) my Mom rocks.  Maybe your wingman isn’t your mom; maybe it’s your significant other; maybe it’s a best friend; maybe a fellow actor from a class, doesn’t matter.  Just get one.  Trust me, it helps.